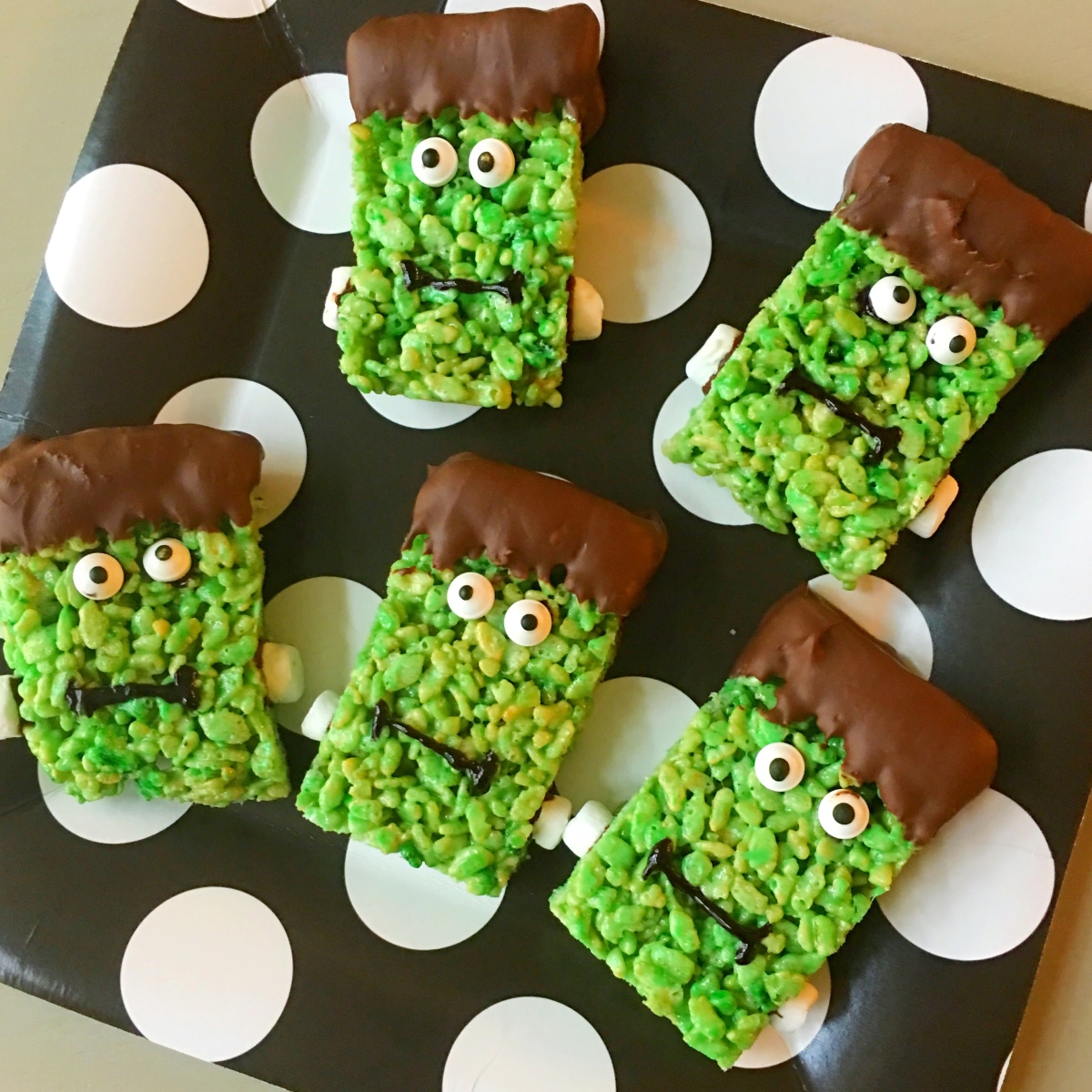 I saw the cutest recipe for Frankenstein Bars this weekend. We were on the way home from Six Flags (side note: you could not PAY me to go to their nighttime Fright Fest, where they pump in fog everywhere so their scary employees can jump out and get ya. No Thank You.).

I was reading the news  (People magazine) and thought just maybe I could pull off these cute bars. 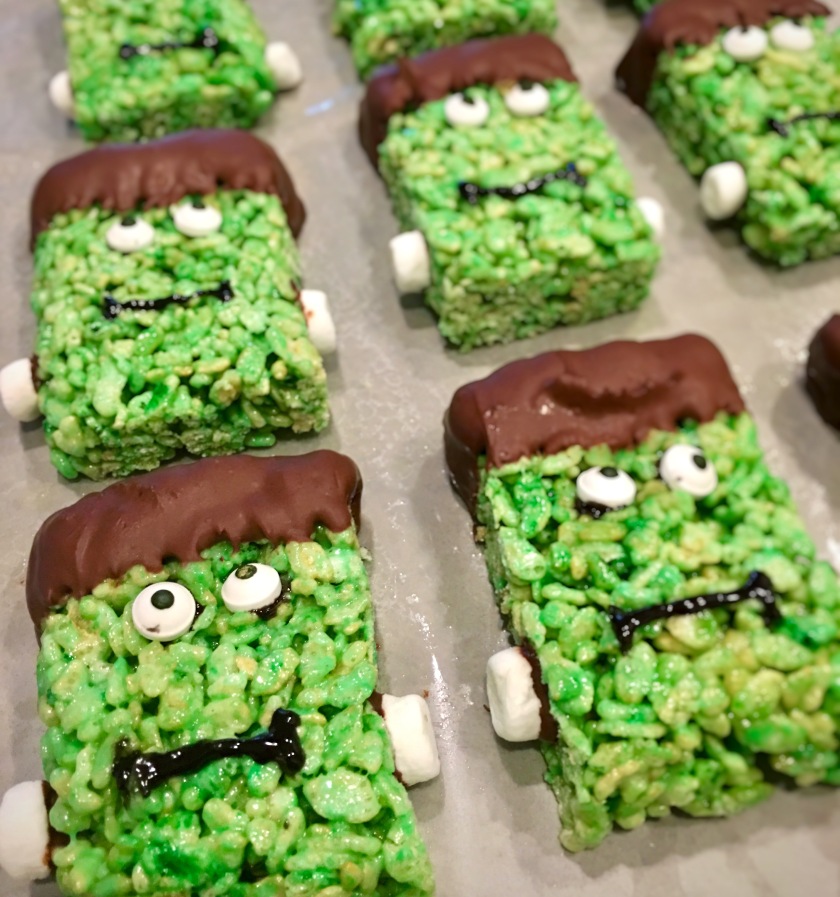 I’m a little short on time, but I thought these would be cute to give to neighbor kids. They were super quick, and I think they turned out pretty well!

The original recipe called for mint extract, but I opted against that. I also had some googly eyes lying around (but then, who doesn’t?), so I used those instead of marshmallows and a dot of chocolate for eyes that were in the recipe.

Coat a 9×13″ baking pan with Pam. Melt butter in a large pan over low heat. Reserving 24 mini marshmallows, add remaining ones to melted butter and cook, stirring occasionally until marshmallows are melted. Add rice cereal, and remove from heat. Stir in green food coloring. Pour into prepared pan, and press down with Pammed waxed paper to make the top smooth..

When cool, run your knife around the outside of the pan, and dump out the treats in one piece onto a piece of Pammed waxed paper. Then cut into 12 pieces (half then half again vertically, then the same thing horizontally.